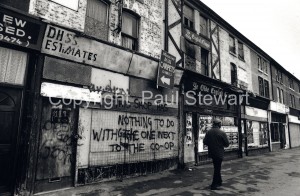 In 1996 I was asked to organise some photo coverage of housing and homelessness issues to mark 30 years of campaigning by the charity Shelter.  This was shown at a

special church service at St. Martin’s in the Field, the place where the charity had been formed.  The lesson was to be read by Tony Blair, then leader of the Opposition. He of course went on to be Prime Minister and appointed Shelter’s Louise Casey as his “Homelessness Czar”  The initial pictures were well received and this led to Shelter commissioning me to go round the country, documenting the housing situation, to fully mark there 30th anniversary.  The resulting exhibition opened at the “Dazed and Confused” gallery in London and then toured the country being shown at thirty venues country wide.

It was sponsored by Ilford Photographic and mobile phone company, One2One and raised of £25,000 pounds for Shelter as well as giving them a powerful tool, in terms of visual images for their campaigning. In fact  Susan Littlemore, the then head of press at the charity said “Paul has helped update our visual image of Homelessness”.  In a way I was paying my dues here, as some of my first photojournalism, back in the 70s had been for Shelter, and other pictures I had seen back then, plus being homeless for a short time myself at the age of 15, had made housing issues a life long interest.

This exhibition has been used by many schools, universities and charities for education and fundraising, the images and the exhibition are still available, if required. 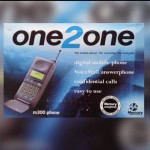