You only get one chance to make a first impression and that is the one that matters.  Yet many companies risk losing this first best chance, by compromising their images and not

using the best possible images for advertising, public relations and websites, etc.  One reason often cited for this is cost, well the oil well firefighter Red Adair once said “If you think it’s expensive to hire a professional to do the job, wait until you hire an amateur”. Use of second, or frankly even third rate pictures is a common problem in these days of camera phones and digital imaging and it only takes one bad image to shatter a company reputation.  The other problem you often come across is the “Gifted” amateur, in the photography trade we are all used to people saying “That’s a great camera, you must be able to take great pictures with that”.  Well Bert Hardy of Picture Post magazine was once sent to Blackpool with a Box Brownie camera to lay to rest, once and for all, this old chestnut.  Bert produced a cover and inside feature on a camera that was the equivalent of one of todays really down market camera phone, because as we all know it’s not the camera that takes the image, it’s the person behind it.

I had a corporate web design job, where a lot of the images were supplied by a friend of the client, this chap is a fireman and when I asked, for about the tenth time when the images were going to arrive, I was told, “He’s taken them, but he can’t send such large images over the internet”. After several weeks the images finally arrived on a DVD at another mate of the client, who finally sent them to me as an email attachment.  Then the quality of the exposure and composition were found to not be of a useable quality and the images had to be sent to a post production house to be brought up to scratch.  When I asked the client why he had asked this guy to do the initial photography, he said, “Well he has a good camera” my reply was, “I’ve got a good garden hose, but would you call me if your house was on fire?”  Whether it’s a corporate portrait, pack shot or advertising image, it must be done well, OK is just not good enough, if your company’s reputation depends on it.

The image of Roger Lynch of Homechoice TV was originally taken for the Sunday Express Business Section, but the company liked it so much they licensed the image and used it for many years 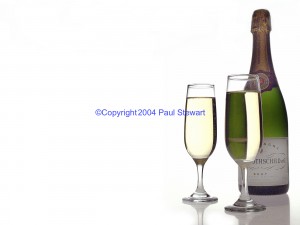 Get the image right and it can become iconic, lasting for a long time and thus mitigating the initial l cost. So if you need a corporate portrait that will set your CEO apart from the rest, or advertising and PR photography that can be delivered to you, your agency or newspaper picture desks in minutes, please contact me through Paul Stewart Media