Covering Motorsport for me has been a passion, I’ve covered more than my share of “regular” sports as well, from football, rugby and cricket, to ice hockey, darts and even bowls.  None of these, if I’m honest, get the adrenalin going for me.  However motorsports are a passion and not just Formula – 1 or Moto GP, I have covered everything from Karts to truck racing and enjoyed it all.  One of the great things is the unpredictability of it all, a driver can be on pole, then lead the field, only for a mechanical problem to put them out of the race.  Also, race meetings give you the chance to get peripheral pictures, like the portrait here of the then world champion, Jenson Button taken in the McLaren pit just moments before he went out to drive in the 2010 British Grand Prix at Silverstone.

I’ve met some pretty amazing drivers, some of whom have taken me on fast laps round the circuit, which is  one of the the best “white knuckle” rides in the world and I’ve met some inspiring people, like Nicholas Hamilton, younger brother of Lewis, the (at the moment) three times world champion, who has over come cerebral palsy to race at a really high level including the British Touring Cars Championship.  I first photographed and interviewed Nick for Express.co.uk, the website of the Daily Express, when he was doing his first practice for his first race in the Renault Clio Cup.  I think in the portrait shown here,

taken as he prepared at Brand’s Hatch, you can see his utter determination.  Both of the Hamiltons are stunning drivers and I hope they will forgive me for telling you that on the simulator, Nic has beaten Lewis.

Some of the best racing I’ve covered has been in the BTCC series and in 2012 driver Mat Jackson who was racing for the Redstone Racing team, was signed as a columnist by the Daily Star, sister paper of the Daily Express.  This meant I had to rush down to Brand’s Hatch and get pictures of him in the pits with his newly Daily Star branded Ford Focus.  I then had to stay for the weekend and photograph the meeting for the paper. I Guess it’s a tough job, but someone has to do it.

“It’s a tough job but someone has to do it” 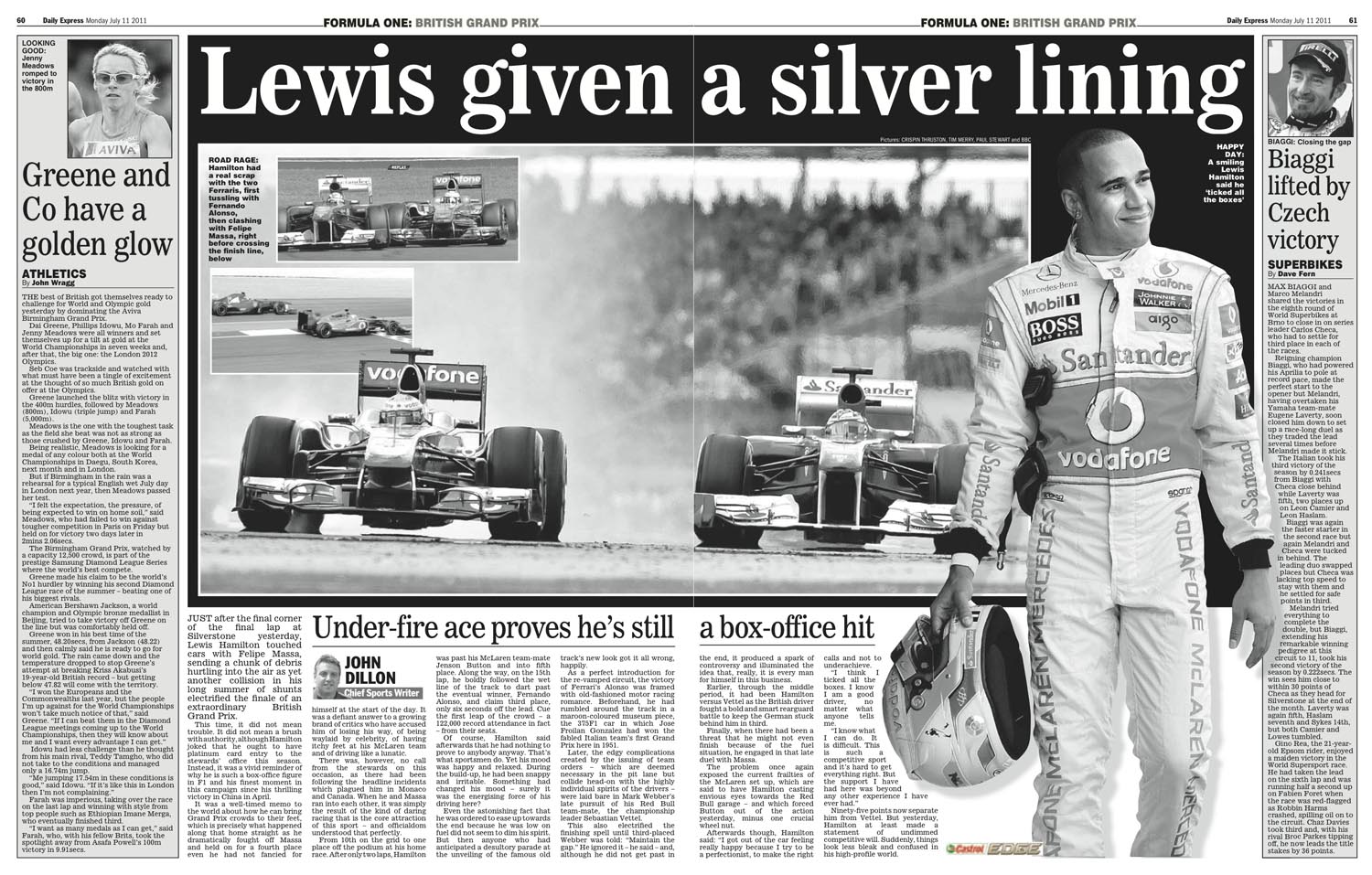